Moments That Last a Lifetime 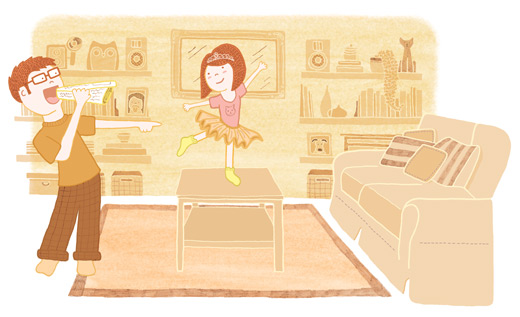 I’m so excited to be able to post this! I created this illustration a few months ago for the December 2013 issue of Thriving Family, and the issue has now been published and released into the wild! My piece accompanies an article titled Moments That Last a Lifetime, a short story from a father about how little moments with your children, like getting them ready for bed and playing make-believe, can turn out to be big influences on their lives. The illo was published in both the print and iPad issues. Here’s a photo of the print layout: 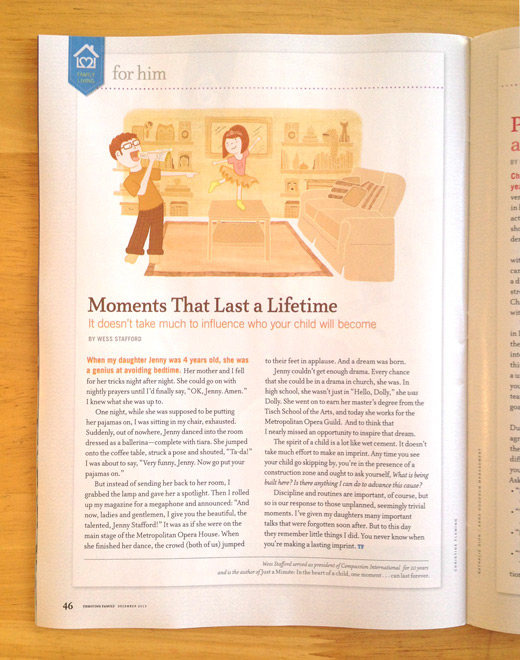 And a screenshot of the layout on the iPad magazine: 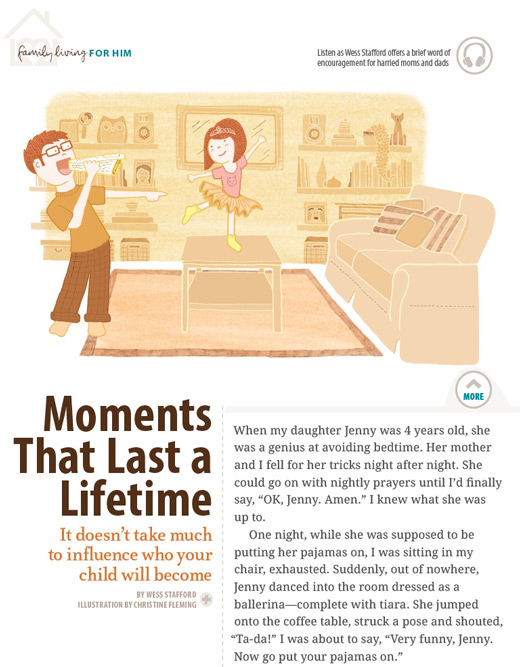 I’ve never really read magazines on the iPad (I guess because I don’t have one), but I looked at the Thriving Family magazine on my friend’s iPad, and was blow away by the quality of it! The articles are laid out really interestingly, and there are lots of interactive features that distinguish it from the printed version. For example, on my article, you can click the headphones icon to hear a little snippet from the author! And to read the article, the text scrolls up while the title and illustration stay put, with them overlapping—so cool! Here’s a little screenshot of my illustration as a thumbnail in the contents section too: 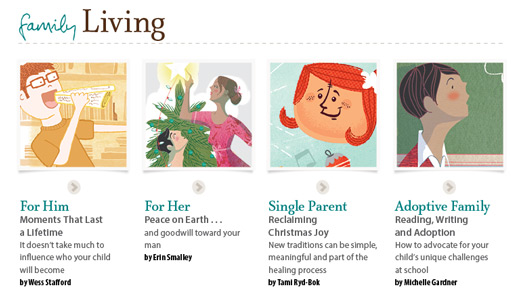 And as always, here’s some of my process work that I obsessively document along the way! Shown below are: one of the many spreads in my sketchbook filled with little girls in tutus striking poses, a detail of the scanned in pencil drawing that was refined after feedback from the art director I worked with, and  a quick shot of the drawing being inked on my light pad. From there it’s all just scanning in a few other pencil/paint textures and pushing pixels! 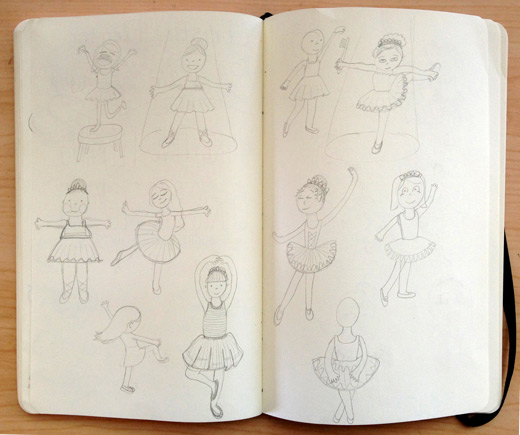 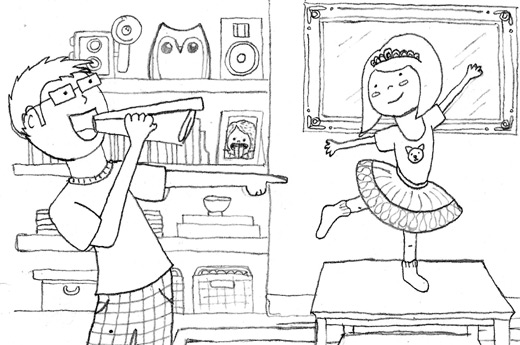 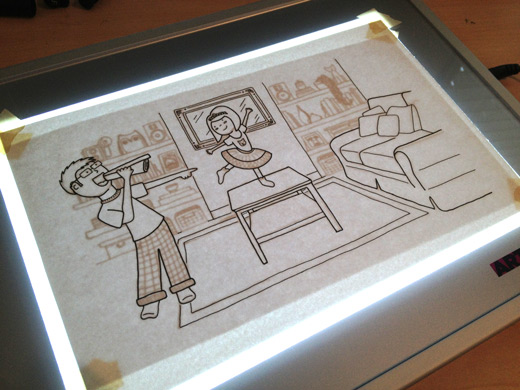