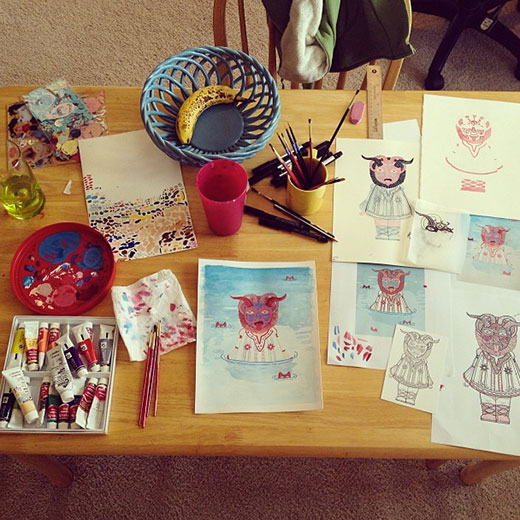 I’ve posted the explanation and more process work behind this personal illustration in previous posts, but I wanted to share the last leg of the exploration process. I used this piece to explore different mediums and techniques, and learned some great lessons! The image above is a shot of the kitchen table takeover that happens whenever I paint. My boyfriend and I end up eating dinner at our coffee table in the living room 9 times out of 10 because I’ve got paints and drawings sprawled out over the kitchen table. One day I’ll have a whole room for my studio…

Anyways I like this photo because it shows a lot of the trial and error I went through with this piece. I recently watched a video of the famous illustrator Quentin Blake going through his process of illustrating a children’s book. As a quick synopsis, he makes sketches, then final pencil drawings, then final pen drawings, then paints the pen drawings. But what really struck me is that to create the final pen drawings, he places watercolor paper over a light table and traces the pencil drawing in pen. Because watercolor paper is so thick, he can’t see every line and detail of the pencil drawing even with the light table. This means he isn’t tracing the image so much as just drawing it again. But the fact that he does this in pen, without being able to see every line is what stuck me. He said that something he’ll draw the whole page, and it won’t look right so he’ll do it again. And again. Sometimes he’ll make 6 versions of the same page!

This process of doing an entire drawing (not just a sketch, but a whole illustration) over and over was sadly kind of a new concept to me. With my background in Graphic Design, I’m used to working on the computer and having the ability to just hit the undo button a few times, or save multiple copies of the illustration throughout the process so I can go back to any stage at any time. But when your’re drawing or painting an illustration, the pen is permanent! If you don’t like it, you just gotta do it again.

So! With all that talk out of the way, here are some versions of the same Vodník illustration that I created. I tried to keep a mindset of just drawing what felt right, and not worrying about how it would look in the end. Then if I didn’t like it, I made another one, but with a few changes. This was a really great exercise and I think it really strengthened my ability to just create and not be afraid of making mistakes in my work. 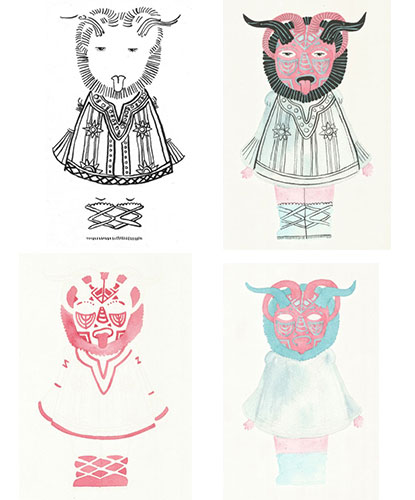 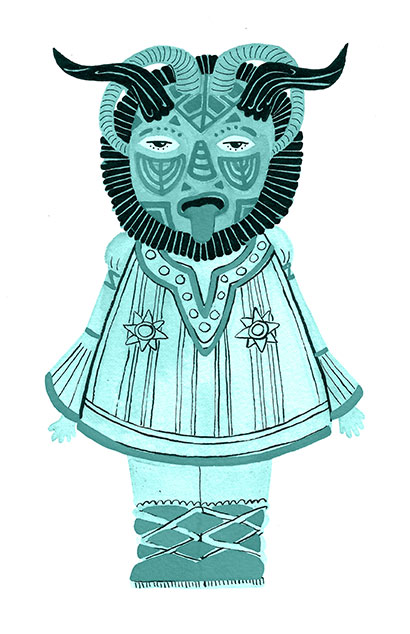 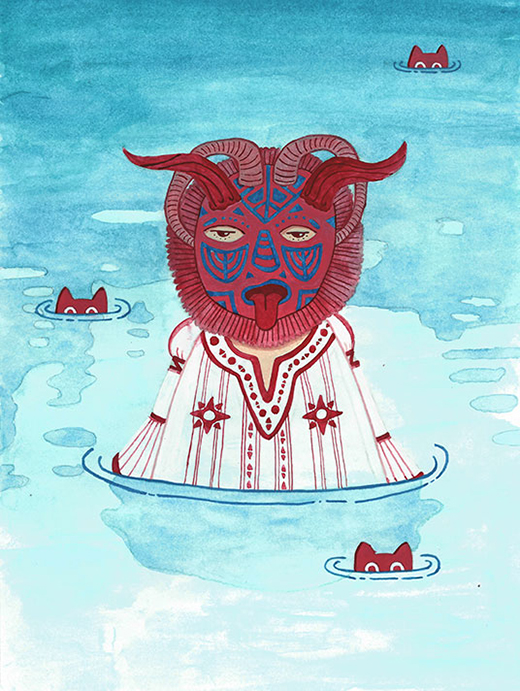 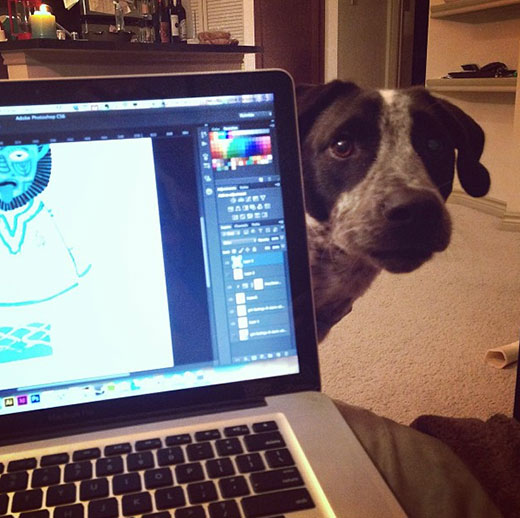 I’ll end with a smiling Oni photo. I was working on editing one of my illustrations slightly on the computer one night, and Oni’s little head popped around my computer screen as if to say, “Hey. Hey. Hi. What are you doing? Can I do it too?”