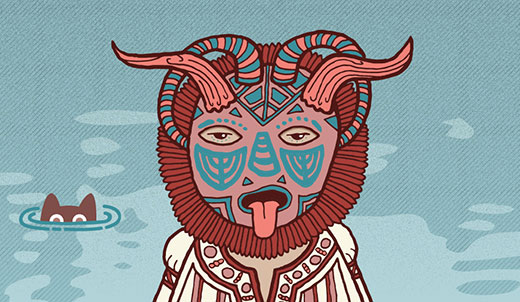 So, let me explain some things. First off, I am utterly enthralled with Slavic folklore. I studied abroad in the Czech Republic when I was in college, and became completely captivated with the folklore of the Slavic regions and the magical history those cultures have. The United States wasn’t founded that long ago, so we know our entire country’s history. But older countries like the Czech Republic have had people living there since before the written language was developed, so their early history is based around stories that have been passed down for centuries! Their history is fairy tales! But I also love how their fairy tales are not like ours. Ours tend to be all rainbows and butterflies; the prince saves the princess and everyone lives happily ever after. But Slavic fairy tales are often dark and creepy. A lot of the ones I’ve heard don’t have happy endings at all. I definitely don’t claim to be an expert on Slavic folklore, but it is really fascinating to me and I love to learn about the stories, spirits, and creatures. Anyways, I don’t know why it never dawned on me to bring this passion into my work! It seems so obvious now.

I’m currently taking a continuing education class on illustration with students from around the world, and I’m working on bringing this slavic interest into my pieces. The assignments have encouraged me to make some connections that I hadn’t made before, so I’m really appreciative of that. For my current piece below (that I alluded to in an earlier post) I chose to focus on creating organic line work with my concept inspiration coming from the Vodník. Here’s a short description via Wikipedia about Supernatural Beings in Slavic Folklore:

The vodianoi is a male water spirit of Slavic origin. The Czech and Slovak equivalent is called a vodník while Polish is a wodnik. A South Slavic equivalent is vodenjak. He is viewed to be particularly malevolent, existing almost exclusively to drown swimmers who have angered him by their boldness. … The vodianoi lives in deep pools, often by a mill, and is said to be the spirit of unclean male dead (this definition includes those who have committed suicide, unbaptizedchildren, and those who die without last rites). As previously stated, the vodianoi would drown those who angered him with boasts or insults. However, there was no certain protection, as the spirit was particularly capricious. Peasants feared the vodianoi and would often attempt to get rid of the spirit or, failing that, appease him.

As you may have seen here previously, I have an on-going series of illustrations based on my everyday emotions (as portrayed through my inner little girl) called “Girl Feelings”. I really like my pieces to be personal so I began this piece as a part of that series, and chose the Vodník as the inspiration when I was feeling in a particularly catty mood.

I haven’t completed the piece yet—I still want to add some shadows and I’m not satisfied with the color palette of the figure—but here’s a sneak peak into my process so far, from ink to digital! 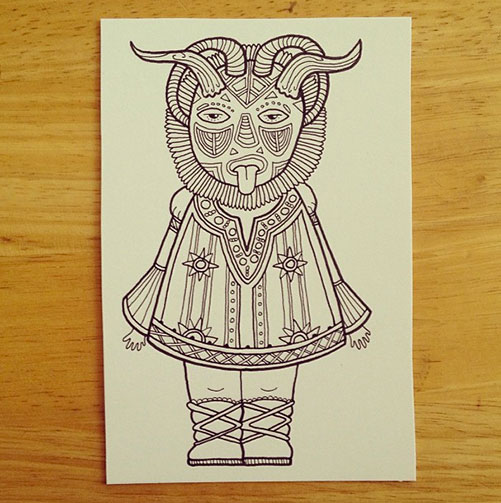 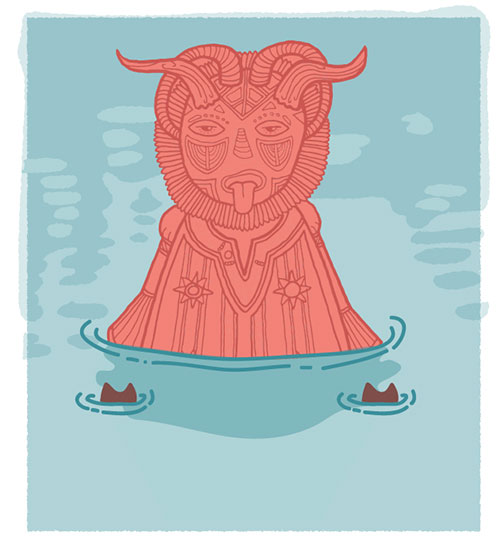 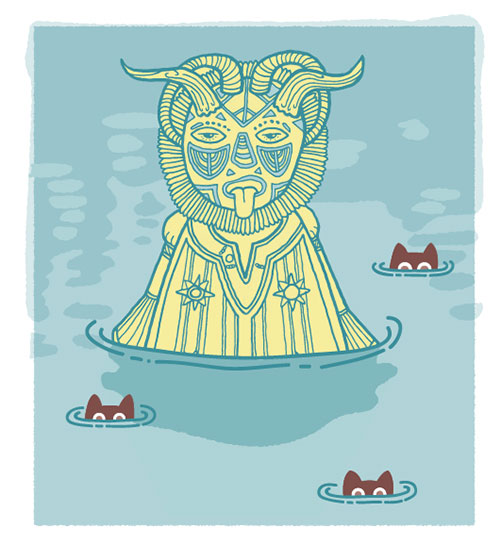 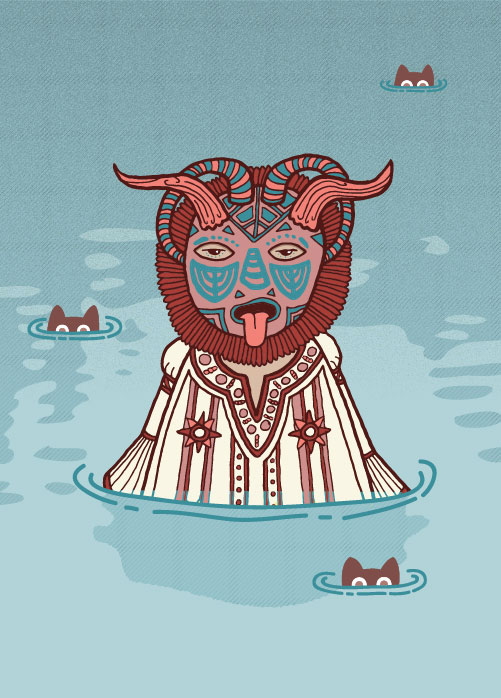