This series was created for BuzzHootRoar—a team of scientists that run a “graphics-driven blog that shares and explains a scientific concept in 300 words or less—where I am the Artist in Residence! My illustrations accompany an article titled Pronking: The Happy Dance That Should Kill You (But Doesn’t). The article describes the technique of pronking, a motion where animals pogo into the air lifting all four feet off the ground at once, and why they do it. I created two animated GIFs for this series, as well as one still illustration. You can see the series in context and read the article over on BuzzHootRoar.

As soon as I was given this assignment and learned what pronking was, I knew I had to make an animated GIF. The article was talking about a “joyous all-four-hooves-in-the-air leap”—how could I not?! Only problem was… I’ve never made one before. Eek! But have no fear, I dove right in and figured it out! Here’s my process of creating the GIF if you’re interested in making one as well, or just curious! 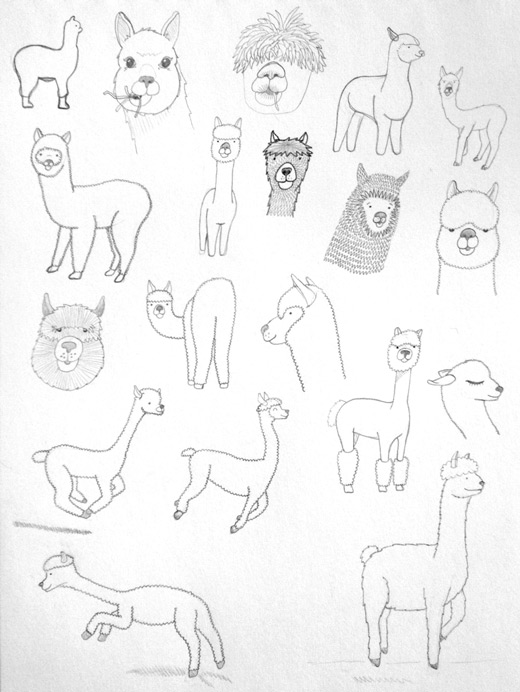 First, as always, I started out researching the subject. I began by collecting references of alpacas and gazelles, and drawing them in lots of different ways to figure out what their bodies look like, and how I wanted to draw them. Here’s a page from my sketchbook of a bunch of alpacas I drew during this stage.

Then I started researching pronking, watching videos and drawing them in action, figuring out how their bodies move when they pronk. The alpacas and gazelles pronked pretty differently. The gazelles almost went limp up in the air with their backs arched, legs dangling beneath them. The alpacas sprung up into the air (not nearly as high as the gazelles) and straightened their legs when all four were off the ground, making more of a subtle motion. Anyways, it was cool to watch, and I ended up with drawings of them in sequence, like the sketch above of the gazelle.

Then I scanned in those sequence drawings, played around with color schemes, colored them digitally and added textures, as seen above. 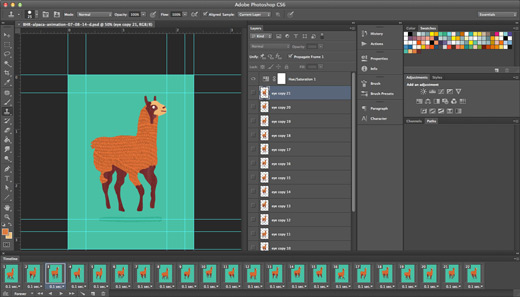 Then, I merged a bunch of layers together (after saving copies along the way so I could back track if I needed to—which always happens!), so I had each animal on a separate layer, and converted those to frames. Next, I aligned each animal up using the shadow as the base, and resized the canvas. It took a bit of experimentation to find the perfect alignments and frame delay to make the animation flow smoothly.

After that, you just export that baby as a GIF! 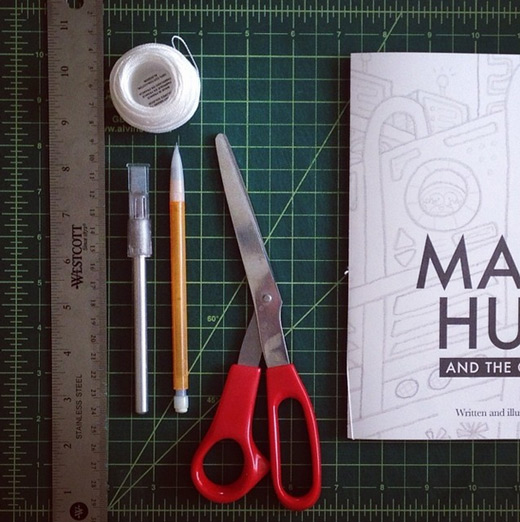 In other news, I bound and mailed off my (highly revised) picture book dummy to SCBWI Carolinas last week! I’m attending their annual conference in Charlotte, NC in September and signed up for a manuscript/dummy critique. I took a past version of this dummy to the SCBWI Houston conference in April, and got some great feedback from art directors and fellow illustrators on how I could improve it. I also got heaps of fantastic advice from my online crit group that helped make the story more clear, and the illustrations more true to me and my style. This book has improved so much over the past few months, and I’m thrilled to show it to more people in September at SCBWI Carolinas! Thank you everyone who has given me comments and feedback—you’re the best!