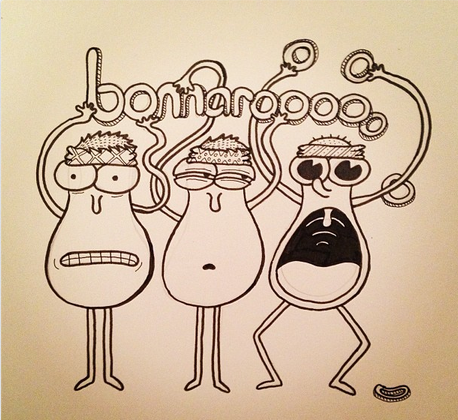 Last night I started inking a few sketches I had been messing too much with. I read a quote by another illustrator recently (I wish I had saved it so I remembered who it was), that said something along the lines of :

It’s better to have one finished piece than 50 half-finished sketches in your sketchbook.

I think that concept could be taken many ways, but what I took from it is that sometimes you just have to go with something even if you’re not sure its the best idea! So I just chose one of my sketches and inked it. It’s not going to be the final one I send in, but I think the process of inking a sketch, and not just leaving it as a sketch to die forever alone in your sketchbook, really teaches you something about what you’re doing. Also the process of inking is very therapeutic to me and helps me think about what I’m trying to illustrate even more. So I think I’ll start trying to ink more things, and not just THE ONE. Gotta give more ideas a chance!