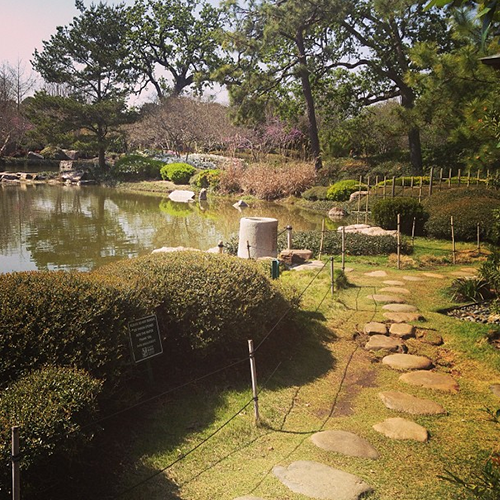 The past two days I have been on a bit of a inspirational sabbatical in Houston. I spent my mornings drinking coffee and completing current client work so as to stay on top of deadlines and such, and then I spent my afternoons walking and immersing myself in quiet places to relax my brain and get inspired! My first destination was the Japanese Garden in Herman Park, seen above. I walked 3 miles to get to Herman Park, and then wandered around the small garden being sure to step on every stone and cross every bridge, until I found a nice secluded spot to sit down, read and sketch out a few ideas. 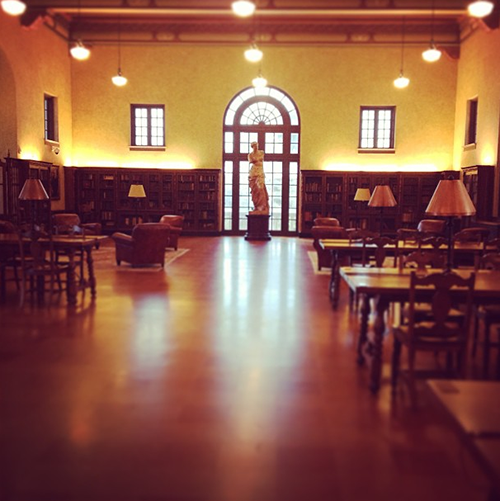 The next day I worked on client work again in the morning, and then walked (a much shorter distance) to the Julia Ideson Building. They had a wonderful reading room, seen above, and there were only two other people there the entire afternoon, so it was very relaxing and conducive to deep thinking. I spent my time watching a few videos about process and illustration, read a few articles, and then shut up the computer and spent the rest of my time making a word web and sketching ideas for a current project, seen below. 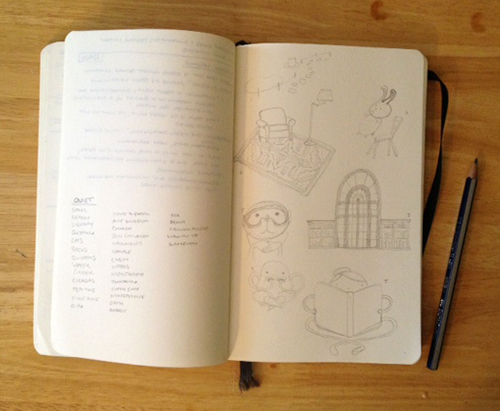 The Point is to Keep Doing

Beyond just refreshing my mind, I also learned a lot during this little sabbatical. Here are a few quotes and their accompanying articles that spoke to me during my trip. These resources come from class I am currently taking called Digital Illustration: Communicate with Color, Pattern and Texture taught by Brad Woodard.

Sketching is about visual brainstorming and record keeping in a format with a ridiculously low barrier for entry.”
– Jason Santa Maria, Pretty Sketchy

The point is to keep doing, it’s how you get stuff done.”
– Jason Santa Maria, Pretty Sketchy

Once an idea comes to mind, capture it on paper, add notes, and number each sketch for reference later.”
– Mike Rhode, The Visual Thinking Tool

This two day inspirational sabbatical was a great way to clear my mind, get inspired and invigorated, and get a lot of work done! I’m now back in my office for the rest of the week and am continuing to work on the class project among other client and personal work. There are lots of exciting things on the horizon!